History of the Department

The Department of the Russian Language and Literature was founded on July 19th, 2000, when the Teaching and Scientific Council of the University in Niš approved the curricula of the newly founded departments at the Faculty of Philosophy in Niš, which included this department with its original name – the Department of Slavic and Balkan studies. The classes at the Bachelor level (a four-year program) started on October 1st, 2000, in line with the approved syllabus, which included the study of the Russian language and Literature, a mandatory Greek language course and an elective South Slavic language course, either Bulgarian or Macedonian.

The successful work of the Department is reflected in the fact that a significant number of graduate students enroll in postgraduate studies and receive the degree of Doctor of Philology. The Department is proud of its first students who constitute the majority of the teaching staff now: Velimir Ilić, PhD, (the current Head of the Department), professor Jelena Lepojević, PhD, professor Maja Veljković, PhD and professor Nenad Blagojević, PhD. Additionally, two former students work at the Department as teaching assistants or teaching fellows: Emilija Jović and Milica Đorđević. Olga Trapeznjikova was hired as a foreign lecturer for the Russian language.

The Department has a successful scientific and professional cooperation with the Russian Federal agency "Rossotrudnichestvo", The St. Cyril and St. Methodius University of Veliko Tarnovo from Bulgaria, with the Belgorod State Technological University "Shukhov", The Kemerovo State Institute of Culture and further development of cooperation with European higher education institutions is planned. The outcomes of this cooperation are multiple student exchange programs, postgraduate student exchanges and visiting professors, which contributes to the fact that the students of our Department regularly participate in the academic exchange programs, while the students from Russia come to study the Serbian language.

An agreement on cooperation was signed in 2021 with the Russian Center for Science and Culture - the Russian House.

For more information about our study programs visit: 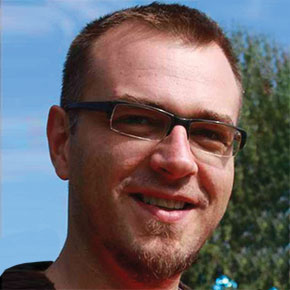