The BA studies of the German language and literature were successfully accredited on 1 November 2018, and it became the thirteenth BA study program of the Faculty of Philosophy. The Department was created out of the need for educating teachers of the German language and translators, who are both highly required in this region of the country. The studies commenced on 9 November 2018, when the first generation of students was admitted.

The BA programme lasts for four years (eight semesters), it covers 48 subjects (together with the teaching practice). Their point value is 240 ECTS, according to the European credit transfer system. All the subjects are one-semester subjects, and the curriculum is modern and designed in accordance with the standards required for the accreditation of the study program. It contains a set of diverse subjects from the domain of the German language, literature and culture, as well as a large number of elective subjects. After completing the BA studies, the students acquire the academic title of a graduate philologist (for the German language and literature).

Currently, there are six members of the Department: two assistant professors (Marina Đukić Mirzayantz and Jan Krasni), two foreign language teachers (Nikoleta Momčilović and Maja Stefanović), and two lectors (Nevenka Jankovic and Katarina Stamenkovic). The first Head of the Department of German is Nikoleta Momčilović, and the secretary is Nevenka Janković. Along with teaching, they are all active in their scientific endeavours – they participate in scientific projects, in national and international conferences, and they publish scientific papers and books. 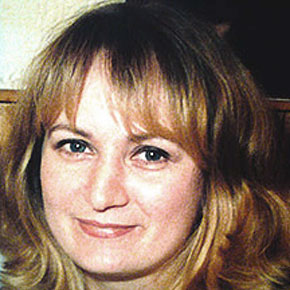