The Department of English was founded on 11 November 1971, as one of the seven units of the newly founded Faculty of Philosophy of the University of Niš. In the beginning, it had two professors (Ljiljana Mihailović and Vida Marković) and one lector (Damjan Karapandžić). A decade later, six teaching assistants obtained doctoral degrees, which facilitated the teaching process and development of the Department.

Members of the staff of the Department of English have either studied or done research at reputable universities in the United States, Britain, Canada and Australia. Moreover, the Department constantly maintains the existing connections and establishes new forms of cooperation with other higher education institutions in the country and abroad, while the list of visiting lecturers includes the following professors: Ranko Bugarski, Ljubomir Mihajlović, Diane Larsen-Freeman, Colin Nicholson, Terry Eagleton, Jim Scrivener, Todd Oakley, Kenneth Cushner, Mark Turner, Ray Jackendoff, Marshall Toman, and others.

The Department of English has successfully licenced the study programmes of Bachelor studies of English (a four-year programme) and Master studies in English (a one-year programme), and together with other philological departments at the Faculty, the Department participates in the Doctoral studies of Philology (a three-year programme). All of these programmes have a considerable number of elective courses, which allow students to tailor their educational profiles. Students who complete the BA and MA programmes obtain the professional title of a Bachelor with Honours in Philology and Master in Philology, respectively.

Members of the Department of English actively contribute to scientific research activities in several ways: as participants at national and international scientific conferences, as visiting lecturers at universities in the country and abroad, as participants in projects funded by the Republic of Serbia, as well as other numerous international scientific and administrative projects. Their publishing activity consists of issuing monographs and textbooks, books of proceedings, and publishing articles in domestic and international journals. 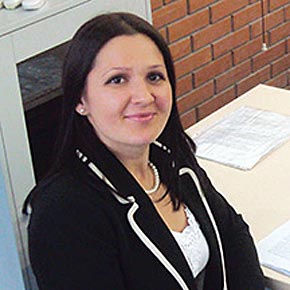