The Department of Psychology was founded in 1971, when the Faculty of Philosophy in Niš started working. In the first year, it worked as a pedagogical-psychological group, but in the next year it started working as a psychology department, which was both the students' and the Serbian Psychological Society’s request, and this happened with the assistance of the former rector of the University of Niš, professor Branislav Grbeša. Among the lecturers in the initial years, there were professors and assistants from Niš (Dragan Davidović, Siniša Stojanović, Slobodan Savić), Belgrade (Tomislav Kronja, Prvoslav Plavšić, Snežana Joksimović), Zrenjanin (Đorđe Lekić), and Kruševac (Svetozar Popović). Soon afterwards, a larger number of psychologists from Belgrade started participating in the Department’s programme, led by Ljuba Stojić, and the Department started working towards the mentor system.

In the following years, the Department started developing rapidly. Psychologists, mainly from Belgrade, were employed as associates, many of whom later became famous in the Serbian scientific and expert circles: Žarko Trebjašanin, Svetlana Logar, Gordana Jovanović, Divna Perić-Todorović, Dejan Todorović,  Ljiljana Guzina, Stojan Cerović, Dragoslav Grujičić, Miša Knežević, while the first permanently employed professor from Niš was Jezdimir Zdravković (this happened in 1975). The first psychology doctorate among the associates coming from Niš was defended by Vladimir Nešić in 1983. A group of professors from the Faculty of Philosophy in Belgrade had a large impact on the development of the Department. That group consisted of Slavoljub Radonjić, Boško Popović, Predrag Ognjenović, Nikola Rot, Lidija Vučić, Vera Smiljanić, Panta Kovačević, Ksenija Kondić, Radojica Bojanović, Mihajlo Roter and especially Vladimir Petrović, who was also the acting head for a number of years. As for the other institutions, the Department was helped by Jovan Davidović, Filip Šuković, Zvonimir Džamonja, Dragan Krstić, Olga Murdževa–Škarić. The Department soon began recruiting its own students: Zvonimir Dosković, Blagoje Nešić, Zorica Marković, Aleksandra Kostić, Snežana Stojiljković, Snežana Vidanović, Vesna Anđelković, Ninoslav Krstić, etc.

The Department of Psychology has licenced the bachelor, master and doctoral studies of psychology. Around 80 to 90 BA students per year are enrolled in the first year, 50 in the MA studies and 5 in the doctoral studies.  All classes are one semester long and in line with all the standards needed for the programme accreditation. There is a great interest for the studies of psychology, for a number of years there have been two or three times more candidates than the number of spots allotted at the entrance exam.

Apart from their teaching activities, the members of the Department engage in scientific research within a number of projects, as well as independent research and publication in scientific journals and other publications. Since the renewal of the Department’s operations, its members have been participating in a line of activities in projects which are financed by the Ministry of Science of the Republic of Serbia. Four projects of the Department have been approved since the year 2000 in the field of psychology. The Centre for Psychological Research is a special organizational unit of the Department.  The Department publishes the Psychology Annual journal and thematic proceedings of the Days of Applied Psychology, a conference organized by the Department every year, which has so far hosted people not only from Serbia, but also from Macedonia, Bulgaria, Bosnia and Herzegovina, Croatia and Slovenia. The teachers and associates participate in domestic and international conferences. In the last years, they were in Germany, Austria, Czech Republic, Bulgaria, Portugal, Turkey, Hungary, Croatia, Greece, etc. Since the renewal, the Department has been headed by professors Vladimir Nešić, Jovica Obrenović, Jelisaveta Todorović, Nebojša Milićević and Jelena Opsenica Kostić. The following professors have been vice-deans of the Faculty: Vladimir Nešić, Snežana Stojiljković, Bojana Dimitrijević and Vladimir Hedrih. The heads of the Centre for Psychological Research have been professors Bojana Dimitrijević, Jelisaveta Todorović, and Tatjana Stefanović Stanojević. 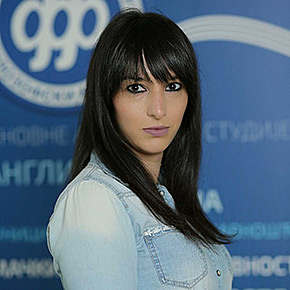