The Department of the French Language and Literature was founded in 2011. The realization of the adopted study programme of the Bachelor Academic Studies of the French Language and Literature commenced on 1 October 2012, which ended a 40-year pause in French studies in Niš. Between 1971 and 2011, French was studied as a foreign language at different faculties and departments within the University of Niš, but the French language and literature gained a far more favourable position with the establishment of the Department of French.Nowadays, the Department offers BA and MA studies of the French language and literature. At the same time, the Department participates in the doctoral studies of philology, taught together with the remaining philological departments.The Department employs two associate professors (Selena Stanković and Ivan Jovanović), three assistant professors (Ivana Miljković, Nermin Vučelj and Nikola Bjelić), one senior lector (Nataša Ignjatović) and four teaching assistants (Nataša Živić, Vladimir Đurić, Jelena Jaćović and Vanja Cvetković). Asst. professor Vesna Simonović also participates in the Department’s study programmes. In the beginning, the Department had several visiting professors: Mira Trajkova, Mirjana Aleksoska-Čkatroska, Elisaveta Popovska, Irina Babamova and Snežana Petrova from the Ss. Cyril and Methodius University in Skopje. The Department Heads have so far been professor Selena Stanković and professor Ivan Jovanović (the present head).The Department staff has participated in the research projects that are financed by the Ministry of Education, Science and Technological Development of the Republic of Serbia (178019 and 178029) and in a number of other projects, including the projects of the French Institute in Serbia, as well as Erasmus+ mobility programmes. Since February 2017, the Department has been the main stakeholder in the international research project named Romance studies and Slavic languages, literature and culture in contact and discontact (No. 81/1-17-8-01) funded by the Francophonie University Association and the Embassy of the Republic of France in Serbia.

In November 2015, the Department organized the Eighth international scientific meeting of the romance studies departments. The department also organizes guest lectures of eminent professors from the country and abroad.

The Department actively cooperates with the Embassy of the Republic of France and the French Institute in Serbia. The Department cooperates with Niš Media Reform Centre for the purposes of interpreting practice.Through the University of Niš, which is a member of the Francophonie University Association (AUF), the staff and students of the Department of French language and literature have had numerous opportunities for internships, scholarships, and project support. 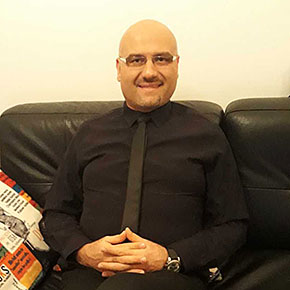