Department of the Serbian and Comparative Literature

The undergraduate programme started on 1 October 1987 in line with the study group curriculum. Very soon, the number of students interested in this type of studies increased, which resulted in founding two separate departments – one in charge of the Serbian language studies, the other in charge of the studies of the Serbian and comparative literature. These two departments participate in a joint BA programme leading to the diploma of graduate philologist for the Serbian language and literature.

After the Council of the University in Niš had reached a decision on the department’s foundation in May 2008, professor Dubravka Popović Srdanović was appointed the first Head of the Department of the Serbian and comparative literature. In the following year, the Department received accreditation for the BA, MA and PhD studies, which they realize in cooperation with the colleagues from Department of the Serbian Language.

Since 2009, the Department has been firmly promoting publishing activities and has founded the Philologia Mediana journal, categorized as a M51 journal in the National scientific journal framework. In June 2010, the Department promoted professor Goran Maksimović’s candidacy for the position of the Dean of the Faculty, who then had two successful three-year terms in this position. In addition, the new administration of the Faculty of Philosophy also included professor Snežana Milosavljević Milić as the Vice-dean in charge of teaching activities.

The Department members actively participate as researchers in projects financed by the Republic of Serbia and on many other international projects. The Department organises scientific conferences or panels within conferences, round tables and lectures dedicated to issues in studying literatures and cultures. They also participate in a range of domestic and international activities in which they contribute to preserving the national identity and culture, as well to promoting scientific work. 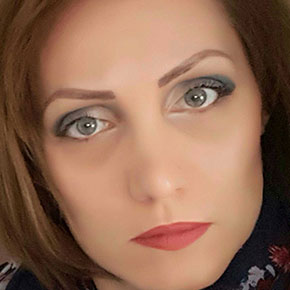